Owiie! I’ve been looking forward to visit the Wizarding World of Harry Potter (WWOHP) ever since we started planning our Osaka trip. I’m not really a Potter junkie (I’ve seen all the movies and I like them but that’s it), but the place looks so freaking awesome so I made sure we allot a whole day all for the little kids in us to wander and get lost at Universal Studio Japan.

We bought our tickets at Kansai Tourist Information Center at the airport on the date of our arrival for JPY 7,400 each. It was a bit expensive than those they sell at the booths in front of the entrance. I would still recommend buying it ahead of time though during peak season to save yourself the trouble. The queue in the ticket booths were relatively long.

We arrived at the theme park early, at around 9 o’clock in the morning, just a few minutes before the gate opens. Once we got in, we asked the staff where to get the timed entry ticket for WWOHP but we were told to just go straight to the place. It’s seems like timed entry tickets aren’t necessary for a cold, winter day. Well, judging from the stories we heard from those who’ve been there before, it indeed didn’t seem like a day you would say it’s crowded. Choosing a weekday was definitely a good idea.

On our way to Hogsmeade, with the Harry Potter soundtrack playing and the beautiful pine trees surrounding us, it was already all magical. It felt like we’re really in the movie.

This flying car was so famous that I only manage to sneak a shot just right before another group’s turn.

Finally, we’re at Hogsmeade! Please respect the spell limits (or so the welcome sign says). 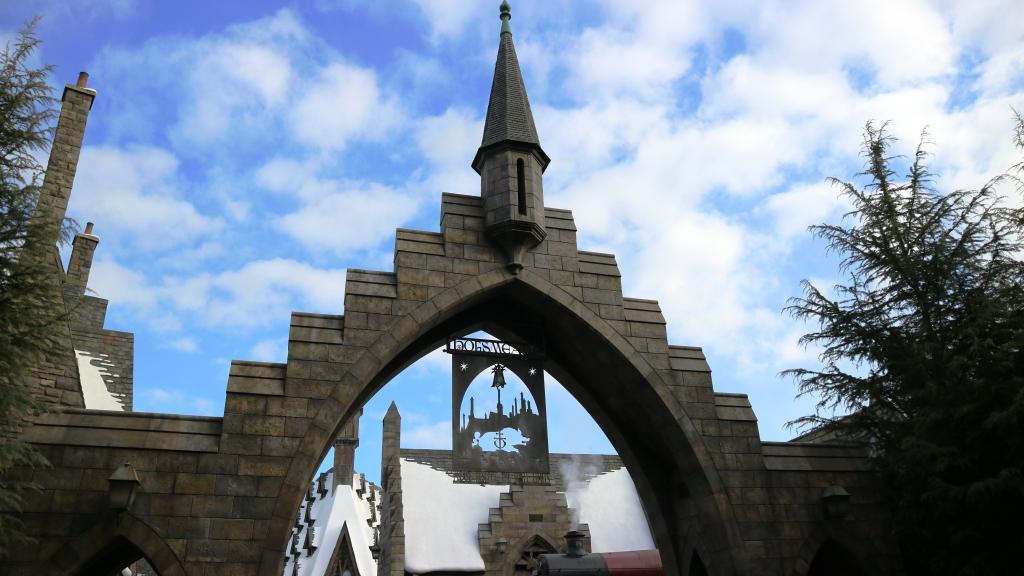 I mentioned, didn’t I? We actually rode Hogwarts Express from Manila all the way here. >.<

Before you ask when’s the next train coming and how much is the fare, here’s a handy timetable.

Owieee! Look at all those snow and icicles. They really fit the season and our winter clothes. Honeydukes and Butterbeer spotted on the side! 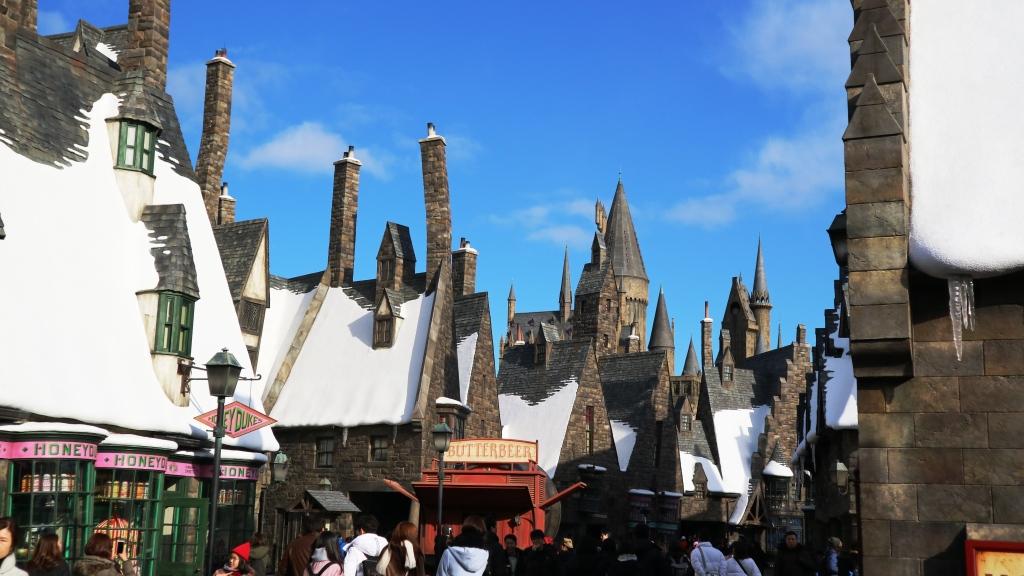 Three Broomsticks, Wiseacre’s, Owl Post—the list of fancy shops just doesn’t end. I’ll do a separate, more detailed post featuring each of the them soon. For now, let’s hurry our way to Hogwarts! 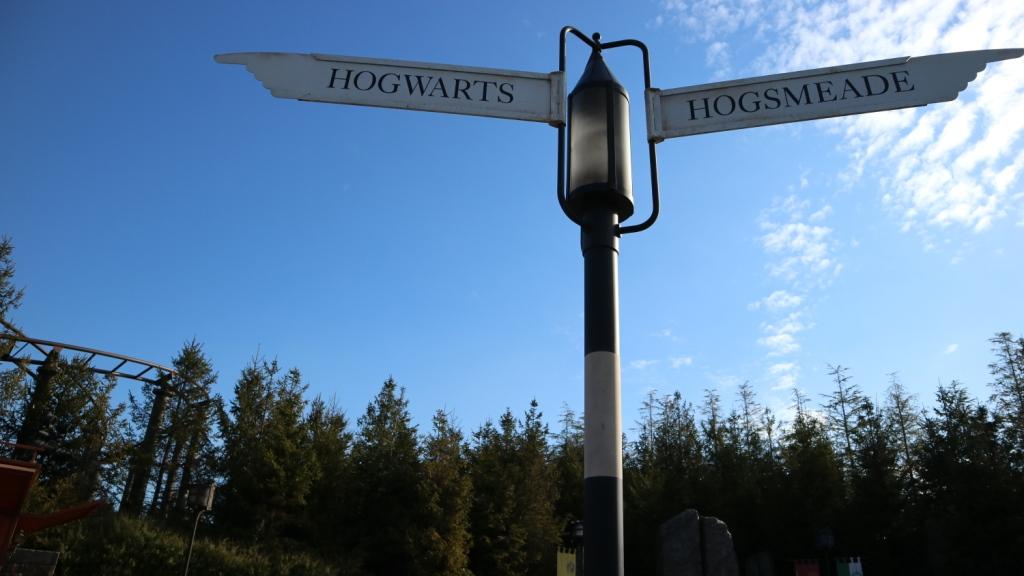 It really is stunning. To think that the one in the movies wasn’t even real (or at least its exterior), it’s crazy how I was standing next to it (and yet I was telling you I’m not a Potter fan, hahaha). 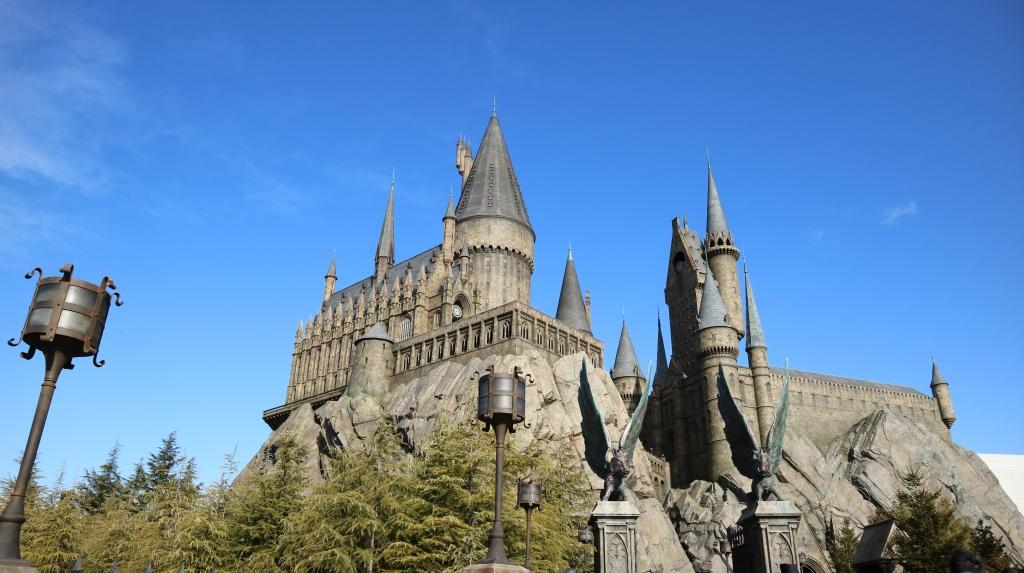 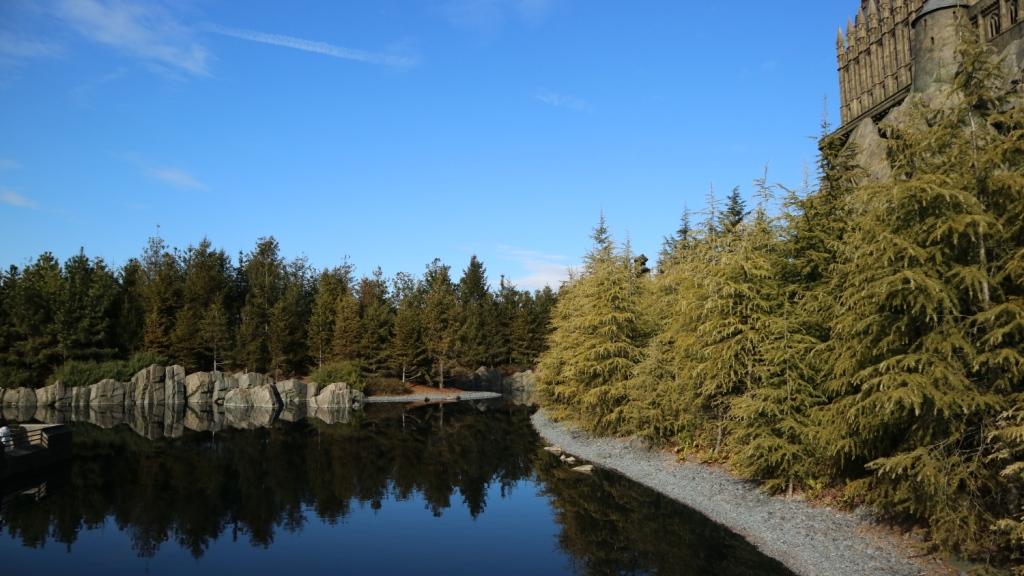 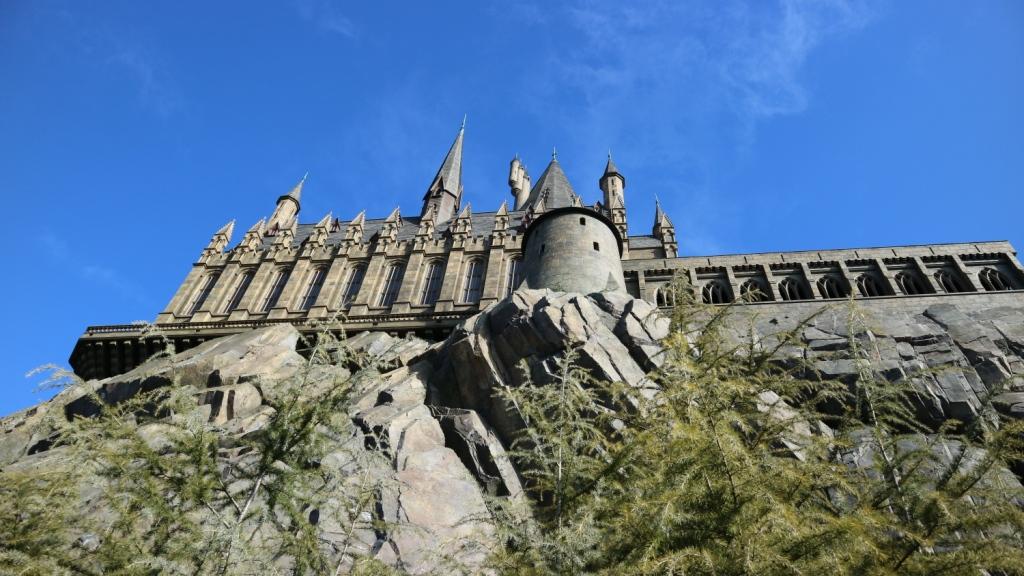 Right in front of the gate. Hands down to the intricate details. 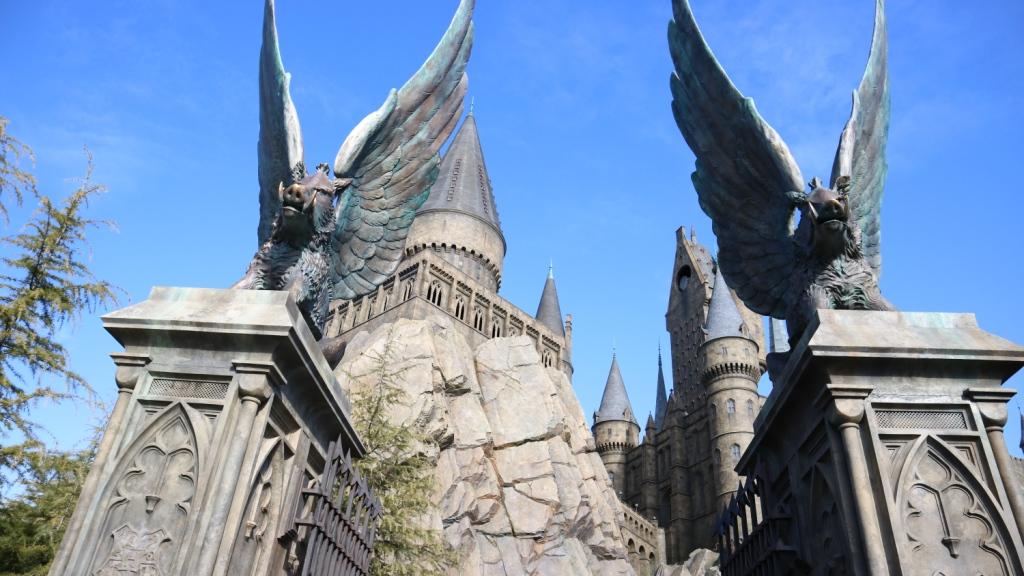 Behind the gate is the long queue for the Forbidden Journey, the famous Harry Potter ride. We barely minded the time we spent in line though because of the beautiful scenery. We also take it as a chance to charge our phones and munch some snacks.

We waited for about one hour and fifteen minutes before we could enter the castle. Inside, you could find the sorting hat as well as the moving paintings. I don’t have decent photos as it was really dark and it isn’t a place appropriate for flash photography, either. (How I wish my phone could capture pictures better in low light.) Once we reached the locker area, we’re instructed to leave our things so we don’t lose it during the ride.

Then comes our turn. Forbidden Journey is a dark ride that uses 4K3D technology for an experience of unparalleled realism. You have to wear 3D glasses and the ride will simulate a broomstick flying experience led by Potter, himself. Not really sure, but I think it was a quidditch match. Aside from Harry apologizing after we almost hit a wall, I could hardly understand a thing as they talk in Japanese.

Ever since I was a kid, I’m not so much fan of theme park rides, especially breathtaking roller coasters. That’s why Forbidden Journey is such an experience for me! With all those soaring across the sky at high speed, sudden turning right before you hit the Hogwart’s wall, flipping and tossing to avoid getting burnt by a dragon’s flame, it was so freaking CRAZY but heck, FUN! I was so thankful it’s a dark ride, giving me no idea how high I was from the (real) ground or how fast we were going.

I was up for another round as one of the staff gave me a pass for the 11:30 time slot but my friend was not looking well already after the ride. >.< I was feeling a bit dizzy myself so we just decided to go ahead and get lunch.